I spilled water on my main computer. It’s currently sitting in a plastic drawer along with about 2 kilograms of Basmati rice. Let’s change the subject.

Back in 2010, I bought my first Apple computer. Say what you will about the Apple ecosystem and its retention policies, but this thing is a beast. I’m typing on it right now. It booted macOS High Sierra from a teeny little Samsung T5 external SSD that I got recently, and decided to Carbon Copy Clone my main system’s macOS image into as part of my regularly scheduled backups. Pics or it didn’t happen, you say? 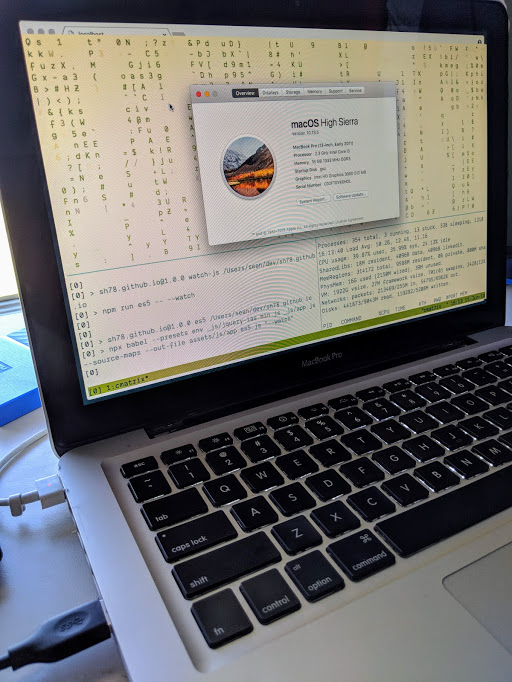 An aside to the meticulous folks at Bombich: Nice touch on making Carbon Copy Cloner aware of its own inception! 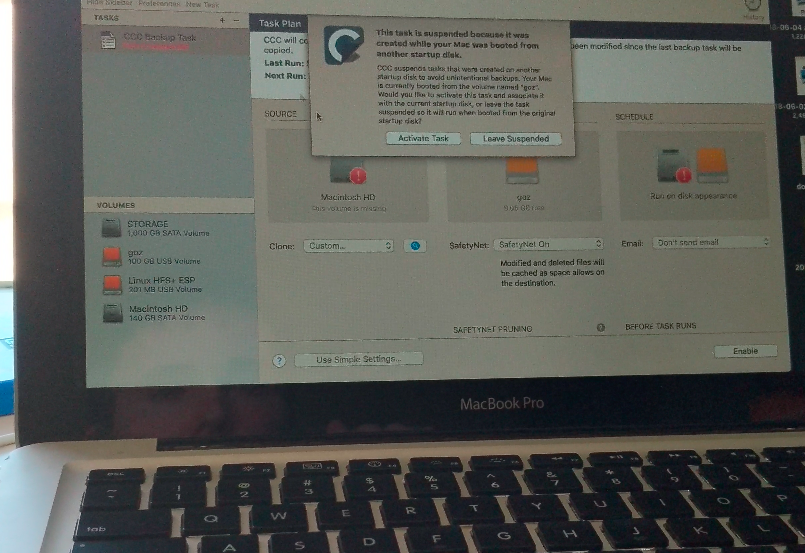 I like to name my computers. Like hostname NAME name them. I named this computer hesap back in 2012, which is Turkish for “calculation” or “bill/check”. It has lived up to its name more so than I could possibly imagine at the time. If you look at the calculation of how many computational hours, AKA money and enjoyment, it’s bestowed upon me, then yeah: it’s some good math. Second best purchase I ever made, next to a plane ticket.

“Ok, internet stranger> what’s so special about this?” you might be thinking. “You took good care of an expensive laptop and had it sitting around for a few years and it works. Great!” I can hear you sarcastically projecting. Here are some highlights from the checkered biography of this “laptop”, as you call it.

A Brief History of Hesap

In addition to the aforementioned, there are numerous other incidents I am omitting - drops, spills, working outside in the rain, and such. Twelve list items is enough.

After almost exactly three years of retirement… It Works! I mean, I certainly hope my 2015 wakes up with a sane mind later tonight, but yeah; there are some things I actually miss about this old thing.

Things I Can’t Say About My New Model

Flaws But Not Dealbreakers

It looks like hesap will continue its copious chronology of computation for countless years to come. Here’s to you, old chum. Pay no mind to the naysayers who proclaim you to be a superfluous, fancy, expensive thing; they look not far into the future.